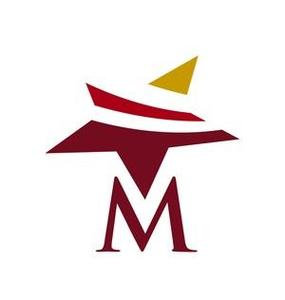 music, dance, and theater. He will continue to oversee the fine arts while also taking on the role as director for CTE programs in the district.
For the past four years, he has worked with the fine arts teachers from grades kindergarten through 12. Dr. Campbell’s leadership, dedication, and passion for service to his teachers, students, and the community have been greatly appreciated. The fine arts faculty and students have been the recipients of many accolades in the district, area, and state over the last few years.
He was a campus administrator for 13 years, serving Magnolia Elementary, Ellisor Elementary and Bear Branch Elementary before moving to Fine Arts. Dr. Campbell considers himself an ambassador for the arts and now looks forward to adding the CTE family to his list of groups he supports.

She has been part of the Magnolia community since 1995 and began her teaching career in 1996 at Bear Branch Junior High as an 8th-grade math teacher. In 2010, she became the assistant principal of Ellisor. Mrs. Felinski was named principal of Ellisor Elementary in 2012.
Coni and her husband, Bill, live in the Magnolia community and have a daughter who is a proud graduate of our district. Their daughter, Courtney, graduated from college in 2015 and currently plays professional volleyball in Europe.
Coni looks forward to working with and getting to know the staff at BBI, and connecting with all the students and parents in the BBI community!
Principal of Magnolia High School
Greg Quinn has been named the principal for Magnolia High School. This past year he served as the assistant princi

pal at the high school.
Greg Quinn has 26 years of experience in secondary education. He has 15 years administrative experience including serving as a high school principal, assistant principal, and director of fine arts.
Mr. Quinn shared, “This past year has been a joy getting to know the students, staff, and families at Magnolia High School. I am honored and blessed to have the opportunity to work alongside all of these great people in making Magnolia High the best high school in the state of Texas! As always, go dogs!”
He holds a Bachelor’s degree from Texas A&M and a Master’s Degree in Educational Administration from Prairie View A&M University. He and his wife Carrie live in the Magnolia area and have two boys, Jake and Dalton, that attend Texas A&M and Sam Houston State University.
Print