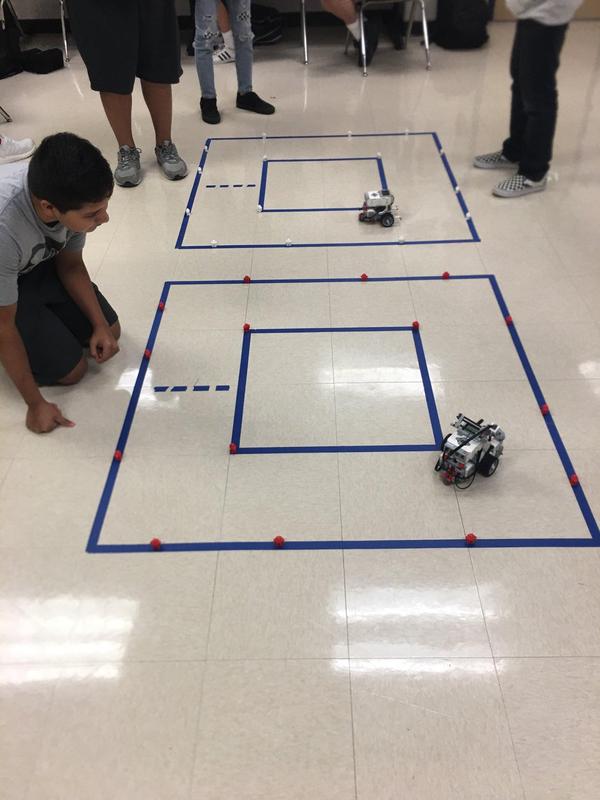 Bear Branch Junior High Robotics class students participate in Robot Races as first part of class project.
Jamie Gustin's robotics classes at Bear Branch Junior High have completed their first Robot Race of the year! The robotics class is designed to introduce kids to computer science, robotics, and engineering.
"We hope that kids will leave this class with an interest in continuing on a robotics/engineering or computer science path," said Gustin.
The kids began the year designing, building, and programming many different types of robots and start by building a base robot that operates like a rover. Students also learn the basics of coding by programming this robot to travel a specific path, thus introducing Robot Race day!
Robot Race day gives students the opportunity to form teams and compete side-by-side on identical tracks. Students program their robot to travel around a square track that is 1-foot wide with small plastic robots placed on the track boundary. Teams get a penalty for each robot they bump and the robot with the fewest penalties wins the match. The tournament continues with winning teams advancing until the last remaining robot is named champion.
"Robot Races is just the first project that our students complete," said Gustin.

The students will spend the year building additional types of robots, some with specific directions and others from their own designs to complete many different tasks. By the end of the semester, students can design, build, and program a prototype robot that solves a problem or helps humanity in some way.
"Most of my classes are 7th-grade students and a lot of them have never thought about engineering as a path to explore. This class gives them a view of the world of engineering."
Print