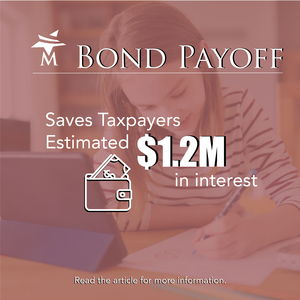 This strategy is part of the Board's debt management plan to pay down debt early without increasing the tax rate. Payoff of debt early creates capacity in the District’s debt picture which positions the District well to respond to heavy expected student enrollment growth over the next 5-10 years.  Early bond defeasance helps to limit the effect of future bond elections on our taxpayers.