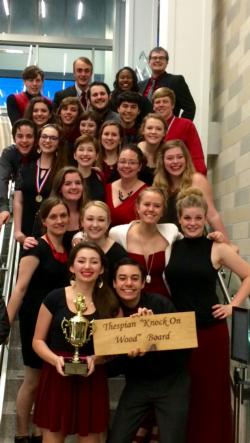 "Dying For It," Magnolia High School's award winning UIL One-Act Play, will have it's final performance Friday, May 8 at 7:30 p.m. in the Magnolia High School Auditorium. Admission is $5. The show was named District, Bi-District, and Area Champion and was named Region Alternate, ranking it as one of the top One-Acts in Texas this year! This will be the final show at Magnolia HS this year, so don't miss this outstanding production.
2015 UIL One-Act Play Company: