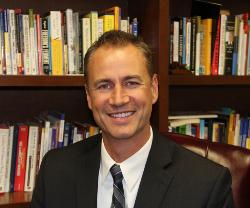 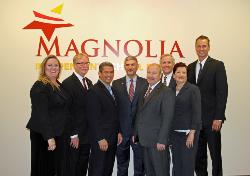 Magnolia ISD School Board canvassed the results from the May 9th election and swore in newly elected board member Dr. Travis Moffatt during Monday night's board meeting. Moffatt, elected for Position 6, is succeeding Billy Thompson who retired after serving on the board for 18 years.
Moffatt has been a resident of Magnolia since 2006. Upon graduating from Moore High School (Oklahoma) in 1991, he attended Southern Nazarene University where he earned a Bachelor of Science degree in Biology. He continued his education and earned his Doctorate in Optometry degree from Northeastern State University.

Dr. Moffatt has been married to his wife Cammi since 1997, and they have two children. Jackson is a ninth grader at Magnolia High School, and Marissa is a sixth grader at Bear Branch 6th campus.

He practices optometry and is the owner of Child and Family Eye Care that he started in 2001 with offices located in Magnolia and The Woodlands. He is the Founder and President of a non-profit organization called “Sharing Sight” that has provided free vision clinics in Haiti and Guatemala for the last 6 years. Dr. Moffatt and his family have been active members of Woodlands Church for over 12 years.

After the oath was administered to Dr. Moffatt and unopposed Trustee Chuck Adcox (Position 7), the board reorganized electing Steve Crews as the school board president and Gary Blizzard as the new vice president.
Print