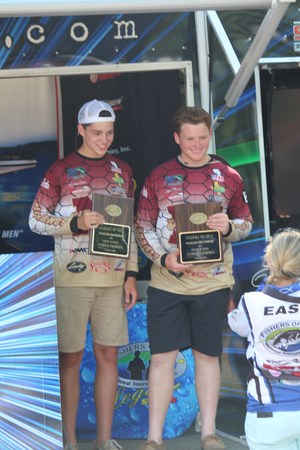 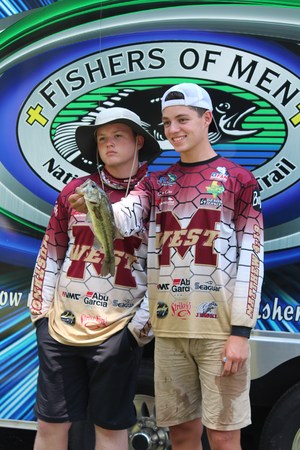 Last year, all eyes were on the Magnolia West High School Anglers Club (MWAC) as the group made their mark in their first year competing in high school fishing tournaments. From September 2014 to June 2015, the group finished 20 high school tournaments and competed nationally with Student Angler Federation placing 14th in the state. The MWAC team qualified for three national championship tournaments taking the highest honor in the most recent tournament in Alabama.
Team Cameron Carter and Logan Thumann traveled to Lake Pickwick in Florence, Alabama on July 24 – 25 to compete in the Fishers of Men Pflueger High School Championship. The team won the top honor as the 2015 High School National Champions. Carter and Thumann received a $1,000 scholarship in addition to their national title trophy.

MWAC has gained respect and recognition for their hard work leading to many accomplishments and awards. The team has also supported the Magnolia community with over 100 hours of community service.

The team would like to thank their sponsors Kistler Custom Rods, Spring Carpets in Tomball and Buffalo Wild Wings in Tomball. Under the direction of Assistant Principal Jason Fojt and faculty sponsor Kirk Clugston, the team is looking forward to another successful year. The opening tournament for this year is September 26 on Lake Belton.
Print