Doty Named Finalist for 2015 Coach of the Year 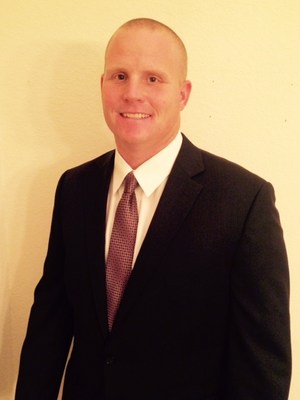 Magnolia High School head football coach Sterling Doty has been named as a finalist for the Touchdown Club of Houston 2015 Coach of the Year. There were 37 local 5A and 6A coaches nominated this year and Doty is among the top ten based on his team’s outstanding record, but also for his continued contributions made to his school and community.
In his second season at Magnolia High School, Doty lead the Bulldogs to a 10 – 2 overall record this year making this the first 10 win season in 50 years.

His career includes offensive coach at Abilene Cooper High School from 2010-2013 and offensive line coordinator from 2007-2009. Other honors include 2011 Division 1 Region 1 Texas High School Powerlifting Association Coach of the Year.

Doty graduated from the University of Houston with a bachelor of science in sports administration. He was a member of the 2006 Conference Championship Team and named 2006 1st Team All Conference USA Offensive Lineman.

He and his wife Mandi have been married for almost eight years and have three young boys ages 7, 5 and 16 months.

The Touchdown Club High School Awards Banquet will be held on December 9 at the JW Marriott Hotel in Houston. The Coach of the Year finalists include Eliot Allen of Stratford, Kirk Easton of Cy Falls, Jon Kay of North Shore, Mark Schmid of The Woodlands, John Snelson of Dickinson, Brett Sniffin of Ridge Point, Craig Stump of Atascocita, Ricky Tullos of George Ranch, and Darrell Warden of Clear Creek.