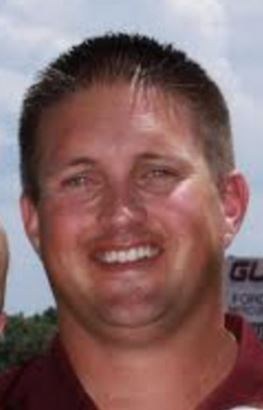 Magnolia, Texas (February 19, 2016) – Magnolia West Head Football Coach Shaw Bell has announced his resignation from Magnolia ISD. He has accepted the position as Head Football Coach for 6A Cedar Ridge High School in Round Rock ISD effective February 22.
Bell, who has been with Magnolia ISD since 2010, set the bar high for the Mustangs. In his six seasons, Bell lead the Mustangs to a record of 47 – 26, building a winning Mustang football program and advancing to the postseason each year. In 2013, the Mustangs advanced to the third round of playoffs and advanced to the second round in each of the last two seasons.

Athletic Director Mike Spradlin said, “We appreciate the hard work Coach Bell has done to make Magnolia West a premier football program in the state of Texas. We want to wish him and his family the best in his new endeavor and will immediately begin the process of identifying the next top-notch coach for our program.”

On behalf of the Magnolia West community, the District administration sincerely thanks Coach Bell for the difference he has made in the lives of our kids. Bell’s passion and dedication to our students in part contributed to the culture and the quality level athletic program Magnolia West has today.