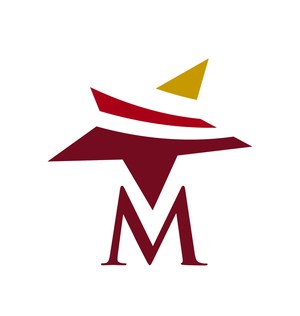 PLAYER OF THE YEAR: Alexus Wykoff, Magnolia
Alexus Wykoff emerged on the scene her sophomore year when she was a first-team District 19-5A selection for the Lady Bulldogs. And it was her heroics in the playoffs this past February that solidified her selection as the The Courier’s Player of the Year.
Wykoff started off in the Region III-5A bi-district game against Houston Yates with a playoff-high 26 points. She followed with a low of 12 points against A&M Consolidated before scoring 22 points against Waco and 22 again against Crosby.
“Alexus is just a great all-around player,” Magnolia coach Erika Ritter said. “She plays hard and gets every loose ball. She can create off the dribble, and she gets to the free-throw line more than anyone on our team.”
According to Ritter, Wykoff scored 230 points as a sophomore, an average of 7.6 per game.
This year, she doubled that at 14.8 points per game.
Ritter credited Wykoff for gaining maturity and strength in her game.
“I think her jump shot got a lot more consistent,” Ritter said. “She’s gotten stronger going to the basket, and she can finish.”
Wykoff also averaged 5.8 rebounds per game, 1.1 assists and 1.5 steals and was a first-team all-district selection this year as well.
Wykoff’s engaging of her team and performing well in an early district overtime win against Tomball left a lasting impression on Ritter.
“We were down in the second half,” Ritter explained. “She took our team and got them fired up. I think that might have been one of the first times I saw her do that.”

NEWCOMER OF THE YEAR: Hannah Eggleston, Magnolia West
Magnolia West coach Sarah Simmons said that one of the standout moments of the season for Hannah Eggleston was a game she wasn’t even at.
In a game the Lady Mustangs still won over Victoria East during the Aggieland Classic during the holidays, Eggleston didn’t play due to a family event.
“It was really noticeable that she was missing,” Simmons said. “I think the team figured out real quick that she was needed that day.”
Eggleston, a freshman that averaged 11.3 points and 12.5 rebounds per game during District 19-5A play, quickly adjusted to the high school varsity level.
“She made the entire difference this year on our team,” Simmons said. “She works hard in practice every day and just an incredible kid.”
Against district opponents, Eggleston had eight games where she had 12 or more rebounds. She put on a clinic in both meetings with Waller where she grabbed 20 boards in a game January and 23 more in the second contest in February.
“She’s just got a competitive spirit about her,” Simmons said. “She wasn’t intimidated and she just has a love for the game that’s pure.”