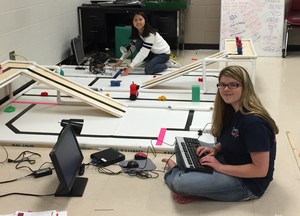 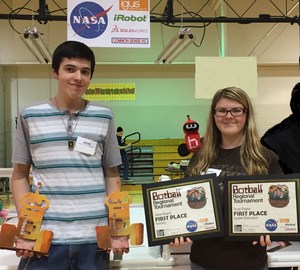 Magnolia, Texas (May 2, 2016) –The robotics team from Magnolia West High School recently competed at the Texas Regional Botball Robotics Competition. The team consisted of juniors Melody Lyu and Hannah Brown, and freshman Thomas Corless. Thomas was in charge of robot design and Melody and Hannah were each in charge of writing the program code for the team’s two robots.
The team competed against seven other schools - some from Houston, others from across Texas and one from Arkansas. The team won the following four awards: First Place - Seeding Round, First Place - Double Elimination Rounds, Second Place Overall, and Judges Choice Award. Magnolia West was the most awarded team of the competition.
Print