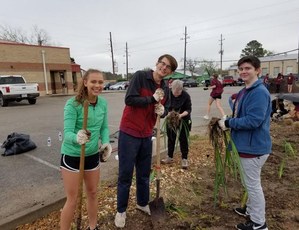 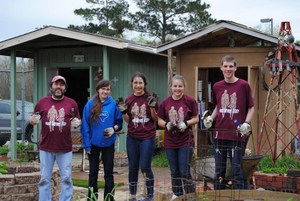 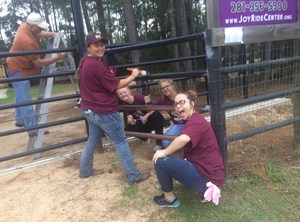 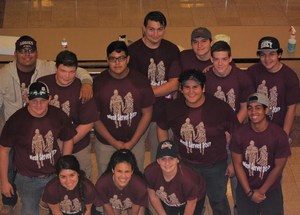 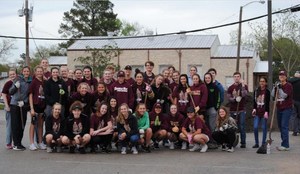 Magnolia, Texas (March 10, 2017) –Students at Magnolia West High School participated in a volunteer day project called West Serves 2017 on Saturday, March 4. The volunteer day consisted of approximately 200 students working Saturday morning on various service projects in the community and school district.
Principal Dr. Brandon Garza planted the seed last year with the Magnolia West Interact Club, which is a service based organization affiliated with Rotary Club, as an idea for the entire student body to show their appreciation to the community. This year was the second year for Interact to lead the charge and what a success!

“It was heartwarming to see how much the students are willing to do while at the same time having a smile on their face,” said Lora Brown, teacher and Interact sponsor. “The camaraderie that formed during the day was something very special to witness. The students are thinking about next year and what additional projects they can add to the list.”

The students did more than expected and dealt with weather challenges as it was cold and rainy which made for some muddy working conditions. Since the event, students who were not members of the participating clubs have asked how they can be involved next year.

Magnolia ISD prepares our students academically but also civically and socially. The district develops leaders and instills the values of being responsible, active citizens to serve the community in which they live.
Print