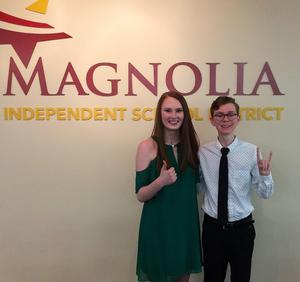 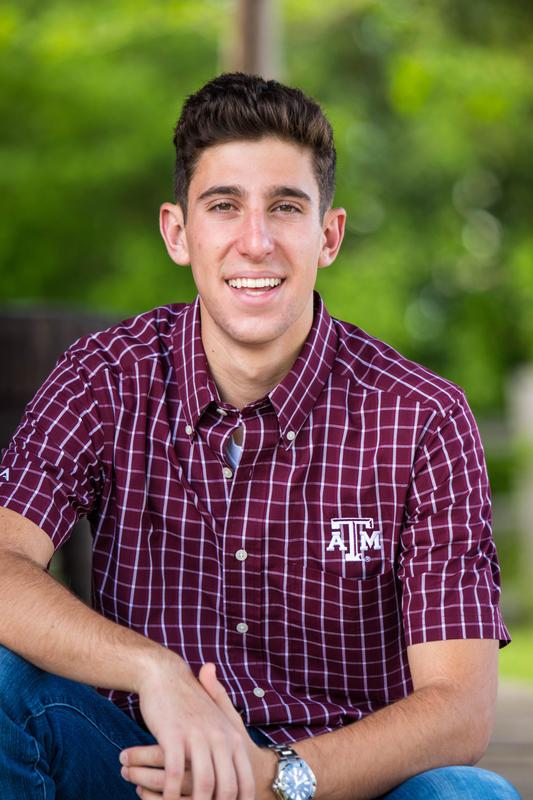 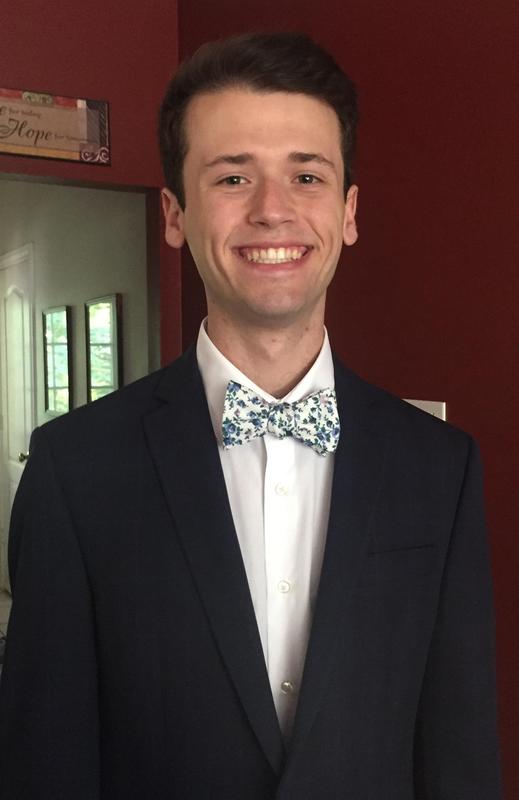 Magnolia ISD is proud to highlight the Class of 2018 valedictorians and salutatorians from Magnolia High and Magnolia West.

Magnolia High School valedictorian Nicholas Osborn will be attending Texas A&M University as a Brockman Scholar, with a full scholarship to pursue his Bachelor's in Engineering and a Master’s of Science in Business.

Nicholas has demonstrated strong leadership skills in high school and has earned a perfect score on the ACT college admissions test. He was involved in several organizations, member of the Superintendent Student Leadership Program, vice president of the Spanish Honor Society, Mu Alpha Theta, and National Honor Society. He is a member of Stone Bridge Church and has volunteered more than 200 hours to mission work in Central America and community outreach programs like Harley relief team.

In his spare time he likes rock-climbing, kayaking and basketball with his friends, he is a certified open water diver and loves to travel and spend time with his family.

Magnolia High School salutatorian Jacob Sass will be attending the University of Texas in Austin to study chemical engineering. This summer he is interning with Shrieve, a global chemical company with offices in The Woodlands.

Jacob has competed and medaled in numerous UIL competitions including placing in 3rd place in Computer Science and 4th place in Accounting at UIL State. He was a member of the Business Professionals of America, National Honor Society and an officer for Mu Alpha Theta.

He is a member of Lord of Life Lutheran Church and is active in the youth program.

Magnolia West valedictorian Cora English has been accepted to the Texas A&M Honors Engineering program for computer science and will minor in business and math.

She was a National Merit Commended student, AP Scholar with distinction, recipient of the Outstanding Academic Excellence President’s award and a member of numerous clubs including National Honor Society, Interact club and Student Council.

She was an all-star athlete lettering in volleyball, serving as captain during the 2016 season. Cora was named Magnolia West Most Valuable Player in 2015 and 2016 and named Newcomer of the Year in 2014. She volunteered over 100 hours at the county library.

Committed to his studies in STEM, this fall, he plans to attend The University of Texas at Austin seeking a degree in computational engineering.