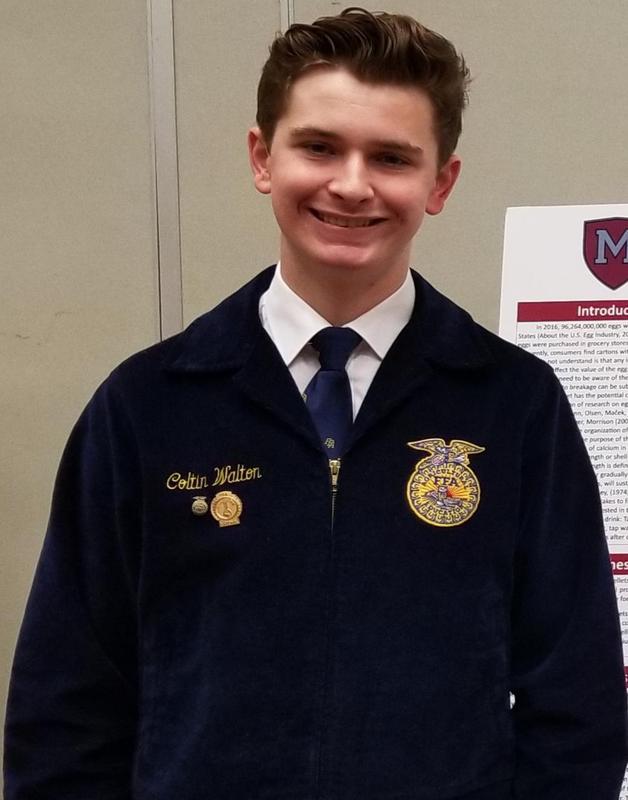 Magnolia, Texas (June 26,2018) – Magnolia High School incoming senior Coltin Walton was recognized as the State Winner and National Qualifier with his Animal Science Agriscience Research Proficiency. Agriscience Research proficiency awards involve planning and conducting an agriculturally based scientific experiment based on hypothesis and the use of the scientific methods of investigation on the hypothesis.
Coltin was announced the State Winner earlier this month and was given a Gold Standard for his proficiency. He will receive a $1,000 scholarship at the State FFA Convention in Fort Worth in July. He will now be scored against all other state winners in his category for Nationals. If his score is in the top four, he will be declared a National Finalist and will compete in Indianapolis to be declared the best in the Nation.
Coltin previously won state with his Agriscience Research presentation and placed 5th at Nationals two years ago and was 2nd at the State FFA Convention with his presentation last summer.
Print