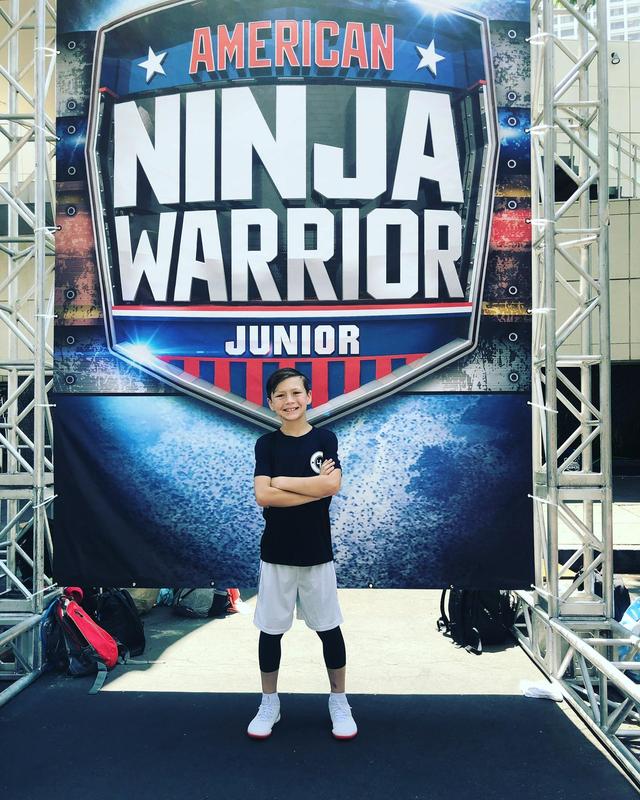 Magnolia, Texas (October 9, 2018) - Bear Branch Intermediate student Dylan Benignus never dreamed he would be selected to compete in the new show “American Ninja Warrior Junior,” but one phone call changed everything.
Early this year, he learned about NBC’s junior ninja competition which had 10,000 applicants of which 196 were selected for three divisions -- ages 9-10, 11-12, and 13-14. Dylan was one of 63 contestants in his category for ages 11 - 12.
Dylan explained, “I couldn’t believe that I was selected to compete! I had never trained to be a ninja but now, I knew I had a month to train hard and make this a reality for me.” The month that Dylan trained for the show he knew that his dedication, commitment, and his faith would give him the courage to be a strong ninja on the course.
Mrs. Benignus, Dylan’s mom, is a teacher at Magnolia Parkway Elementary in the district. She talked about the experience, “This was more than anyone expected! All the kids encouraged, inspired and supported each other throughout the entire show. They pushed themselves and each other to new challenges.”
Dylan wants other kids to know, “Don’t be afraid to try something new, never give up and you will find your passion.”
At school, Dylan has perfect attendance since first grade, is on the student council and earns all A’s on his report cards. Outside of school, he plays soccer, trains for ninja, run triathlons and is active in volunteering at his church.
The show celebrates kids taking on the iconic ninja course with dedication and skill. Three final winners will be crowned (one per age category). The show premieres on Saturday, October 13 at 7:00 p.m. on NBC Universal Kids. You can also follow Dylan’s story on Instagram at @ninja_dylan_benignus.
Print